In 1927, construction began on the Tudor Revival house designed for auto baron Irving Jacob Reuter (1885-1972) and his wife, Janet (1886-1984). Mr. Reuter was General Manager and President of the Oldsmobile Corporation. The Reniger Construction Co. of Lansing completed the 10,000 square foot house early the next year with “countryhouse” plans drafted by Harold Childs of East Lansing. Named “Medovue” by the Reuters, the property currently sits on 15 acres in Eaton Rapids with the original pergola, empty swimming pool and gazebo as well as an artesian well, fishpond, annual and perennial gardens, and nature trails.

Having risen through the ranks at the Remy Electric Co., Irving Reuter caught the attention of corporate executives after Remy merged with General Motors in 1918. By 1925, he was appointed General Manager of the Olds Motor Car Co. The Reuters lived and lavishly entertained at Medovue from 1928 to 1936. Great names of American business and automotive giants were guests at social functions. The Reuters were listed both in Who’s Who in America and Who’s Who in Michigan during their tenure at Medovue. Reuter abruptly retired from Oldsmobile in 1934 and he and Janet moved to Florida in 1936.

From 1940 to 1962 the Roman Catholic Church owned the property, and the Most Reverend Joseph H.Albers, first Bishop of the Diocese of Lansing, used the home as his private residence. In 1989 the property was renovated and converted to an Inn, restaurant and conference center, listed in the State Register of Historic Sites in 1991. It is now owned by Gary and Donna Nelson.

Once again, the gracious spirit of the past thrives throughout the Inn, with its wealth of fine antiques, massive fireplaces and handcrafted woods and, as it once was during the Reuter’s tenure, fine dining and hospitality are the order of the evening at The English Inn.

Read more about our history in our blog:
See The Historic Medovue Estate and Stay Awhile 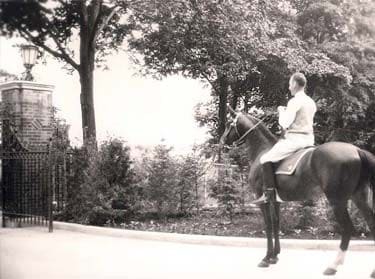 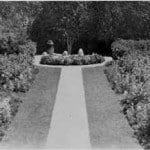 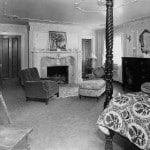