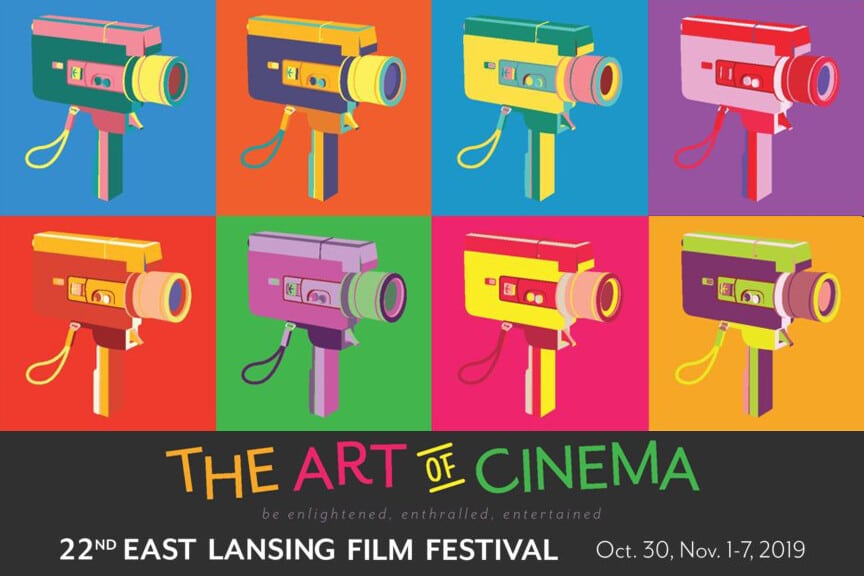 Grab the popcorn and find your seat – it’s time for East Lansing Film Festival 2019! Michigan’s largest film festival (and second oldest, by the way), returns to the screens October 30th through November 7th, 2019.

If you enjoy movies that make you think, motivate you to act, drive you to discuss, or just plain rile you up, you’ll love the East Lansing Film Festival. The films chosen for exhibition present alternate viewpoints, cultures, and backgrounds with the intent of both enlightening and entertaining audiences.

Now celebrating its 22nd year, the festival screens feature-length as well as short subject films, documentary, and student films. The festival often premieres a number of the films on its schedule, which never fails to amp up the excitement!

Another exciting aspect of the festival are the celebrities it attracts. Directors, writers, producers, stars, and other industry insiders often attend the festival either as special guests or as celebrity attendees. Past festivals have such big names as Oliver Stone, Michael Moore, and Bruce Campbell. END_OF_DOCUMENT_TOKEN_TO_BE_REPLACED