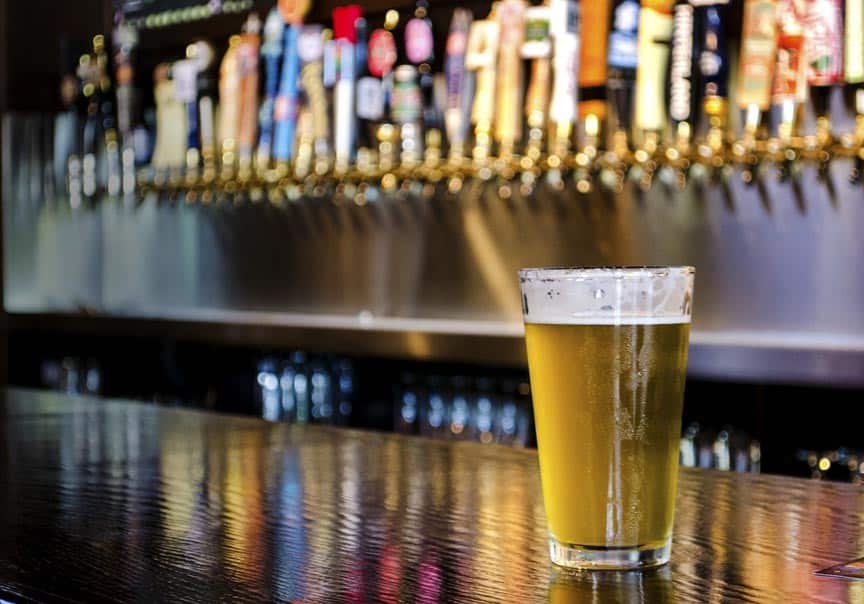 Craft brewing has taken America by storm, with the number of breweries in the US more than doubling in the last three years. We’ve seen the trend here, too and now there are many craft breweries near Eaton Rapids that one can visit!

Eaton Rapids is a small, quiet town whose main attraction, beyond the Medovue estate upon which English Inn Restaurant & Pub is situated, is the area’s general lack of excitement and bustle.

That being said, we’re not very far from lots of things to do and see – and you’ll be surprised at the number of craft breweries near Eaton Rapids!

Of the 10 examples given below, all are 30 minutes or much less from English Inn Restaurant & Pub in Eaton Rapids, MI. So go ahead – Book your room with us then get out and explore the area!

Harper’s
131 Albert Street, East Lansing, MI 48823 – www.harpersbrewpub.com
Producing a variety of craft beers in styles ranging from IPAs and whit beers to stouts and porters, Harper’s also offers live music Wednesday through Saturday. Open 11am to 2am, 7 days a week.

Sleepwalker Spirits and Ale
1629 E Kalamazoo #2, Lansing, MI 48912 – www.drinksleepwalker.com
Open Wednesdays from 4-7pm and Fridays from 5-7pm, the Sleepwalker taproom typically offers 4 to 6 different beers for your kegs, growlers, and howlers. Updates as to what styles will be available are made regularly to Sleepwalker’s Facebook page.

Midtown Brewing Company
402 South Washington, Lansing, MI 48933 – www.midtownbrewingco.com
Open 7 days a week, Midtown Brewing has 14 local Michigan beers on tap, including 5 of their own – plus live entertainment and events throughout the week.

EagleMonk Pub & Brewery
4906 W Mt Hope Hwy, Lansing, MI 48917 – www.eaglemonkbrewing.com
The 9 beers on tap at this Lansing craft brewery cover the range from Scottish ale and Irish red, to pale ale and IPA, porter and stout. A microbrewery and pub, EagleMonk also produces their own wine, soda, and pizza! Open Tuesday through Sunday.

Bad Brewing Company
440 S Jefferson, Mason, MI 48854 – badbrewing.com
Located in Mason’s downtown historic district, this microbrewery offers a wide selection of hand crafted beers and ciders, both regular offerings and seasonal specialties. Pre-packaged snacks round out the offerings, with a note that you can also bring your own food in. Open 7 days a week.

Brewpubs
HopCat
300 Grove St, East Lansing, MI 48823 – www.hopcatel.com/east-lansing
Even though this post is supposed to be about craft breweries Near Eaton Rapids, we would be remiss not to mention the 100 craft beers on tap at HopCat in East Lansing. The largest draft beer selection in the state, they also offer a wide range of regional, national and international beers, wine and cocktails.

Eaton Rapids Lodging
Out discovering all the great craft breweries near Eaton Rapids is going to make you hungry and tired – English Inn Restaurant & Pub to the rescue! Book your room with us and be transported to a different world by our stately grounds, delectable meals, uncommon hospitality, and upper-tier amenities. Whatever brings you to the Lansing area, choosing to stay at The English Inn Restaurant & Pub is a decision you wont regret.