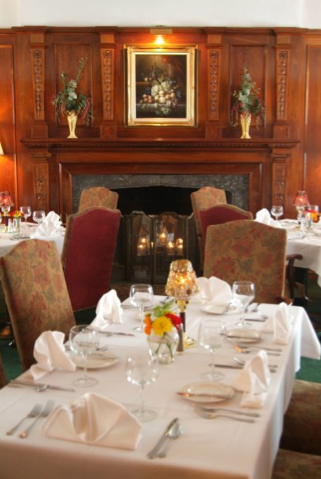 Enjoy dinner by the fireplace after attending the 2012 Capital City Film Festival.

This Film Festival celebrates homegrown talent: films made by Michigan filmmakers, often in Michigan. Cinephiles, don’t miss this! Make your travel plans now at The English Inn, a Lansing area Bed and Breakfast.

In addition to outstanding feature films, shorts, and documentaries, The Capital City Film Festival hosts engaging discussions about filmmaking and the film industry. Live music rounds out the experience. This is a terrific opportunity for anyone and everyone who enjoys good film.

The English Inn is located close to Lansing, in Eaton Rapids. Enjoy luxurious lodging and fine dining during your stay. Call (800) 868-0598.